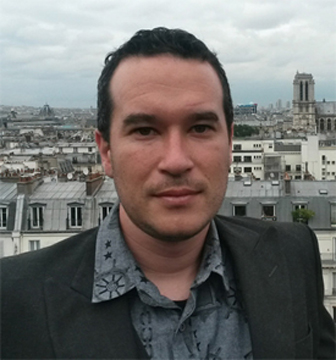 He was born in Buenos Aires, land of tango and asados.  He obtained his PhD in physics at Instituto Balseiro (Argentina) and Université Paris VI (France) in 2009.  After his postdoctoral research at the Bariloche Atomic Center, he joined Zhang’s group at the University of California at Berkeley.  In 2013 he joined the Quantum Dots Group as a postdoctoral researcher. In 2015 he got a Scientistific Researcher position in the CNRS and recently he was awarded an ERC Starting Grant.  His research is focused on the mechanisms underlying the interaction of acoustic excitations with photons, electrons and other phonons at the nanoscale; the engineering of nanomechanical structures and the control light-matter interactions in confined systems in the classical and quantum regimes.